NTD has been awarded a contract by the Irish Football Association (Irish FA) for an ID system to authenticate the qualifications of some of the world’s best coaches.

The Lisburn company will supply the Magicard Prima 4 retransfer printer and Easybadge software which will enable the Irish FA to keep track of its coaching certification card programme which is attended by coaches from around the world including former Manchester United and England forward Teddy Sheringham and Harry Kewell who played for both the Australian National Team and Liverpool FC.

Read the full article below... 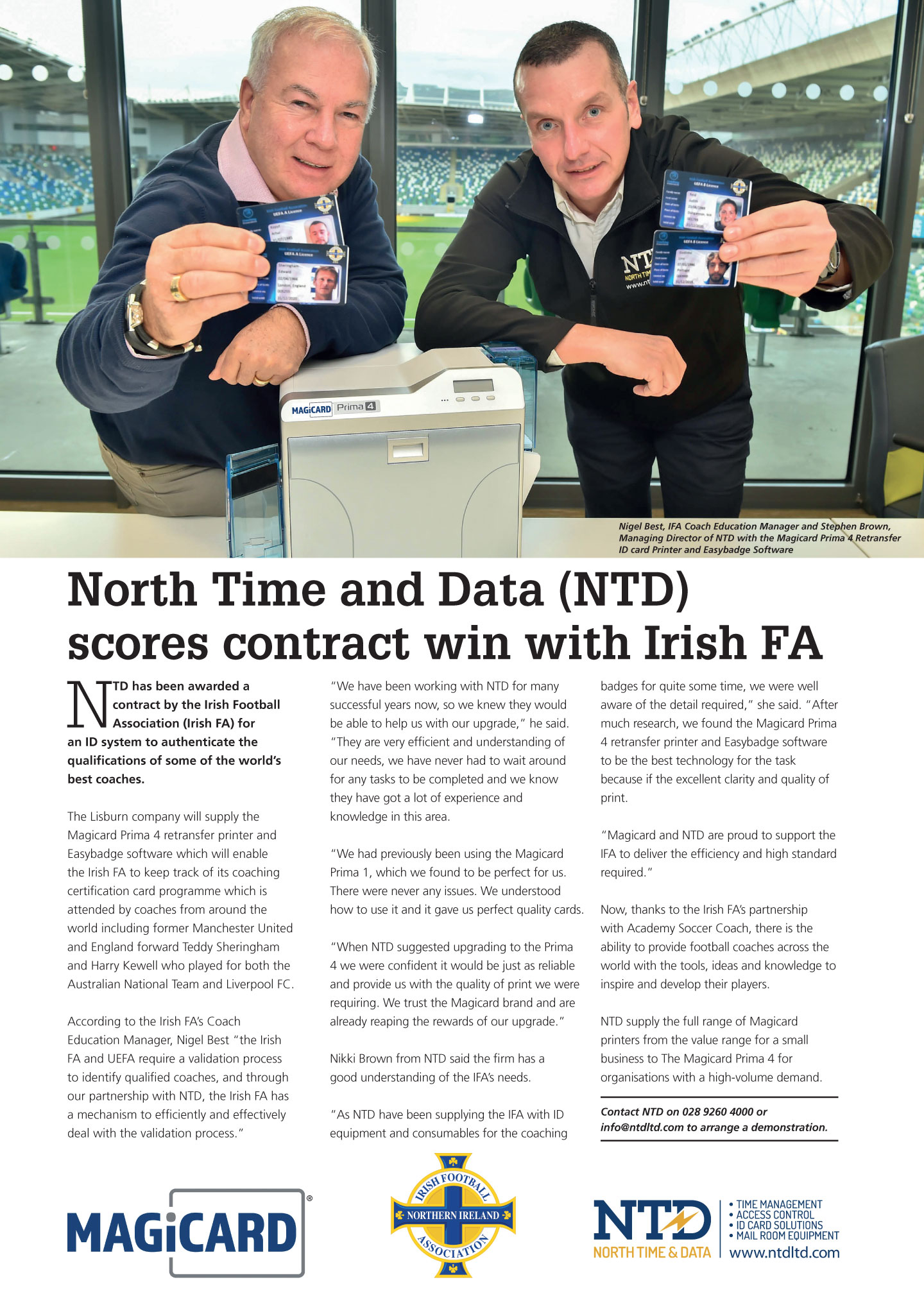